How Our Nurses Support Care and Experience for Members

The many nurses employed by Blue Cross and Blue Shield of Oklahoma help members get the care they need and improve their health. In recognition of Nurses Month, we honor our nurses for their empathy, compassion and commitment to our members.

Their experience is diverse. Many devoted decades of their lives working long shifts and countless nights, weekends and holidays caring for patients in clinical settings before transitioning to their jobs as case reviewers, care managers and care coordinators and other roles.

Here are a few of their stories.

Cathy Lambert’s road to fulfilling her dream of becoming a pediatric nurse started with a 10-year detour recording and transcribing depositions and family court proceedings. 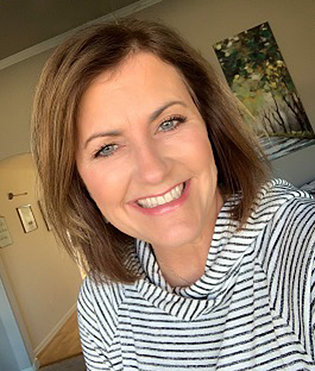 Difficult testimony and unreliable pay led her to follow her passion and return to school, becoming a nurse about 15 years ago. Lambert joined BCBSOK as a utilization management coordinator in 2019 after years working as a clinic pediatric nurse, in home health, and a brief stint in laser hair removal.

“It was the best decision I ever made,” says Lambert, although she feared the transition from clinical work to case reviews. “I was afraid I wasn’t going to feel like a nurse if I was not touching people. But this is a dream come true.”

She works with providers to coordinate member care for needs such as hospital stays, elective surgeries and in-home physical therapy. Lambert enjoys the job because she’s learning new things about diseases, treatments and therapies, including those for cancer and cardiac care.

“Every day is a new person and a new story,” she says. “I treat them like my family member. I’m going to get what I need to review their case. I’m going to fight for you. I would want someone to do that for me.”

Every time her mother went to work for her nursing shift, Erika Tibbs wanted to go with her. As a teen, she became a hospital patient liaison and knew she’d found her life’s calling.

“It was the best job ever,” Tibbs recalls. “I got to help people. I really felt energized.” 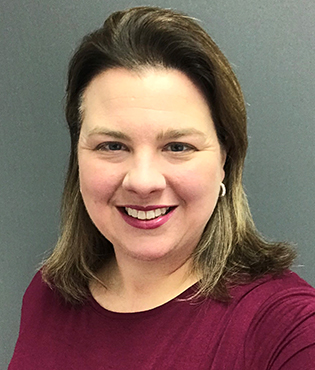 Following in her mother’s footsteps,Tibbs became a nurse and worked 20 years at the same hospital —working as a floor nurse to case manager.

She remains as passionate about patient care now as a medical review nurse as she did as a hospital volunteer. In 2018, Tibbs joined BCBSOK, and, she says, “hit the jackpot.” In reviewing member cases, Tibbs believes she has more time to get to know her patients and their conditions despite never meeting them.

Her experience as a floor nurse was invaluable, but she typically rushed from patient to patient until her shift ended. “I’m doing meaningful work because I’m still making sure patients get what they need,” Tibbs says. “You touch people’s lives when no one else in the world can.”

As one of the newest nurse employees, Scott Catone looks forward to working with members, offering the empathy and support he’s always provided patients throughout his nearly 30-year career. 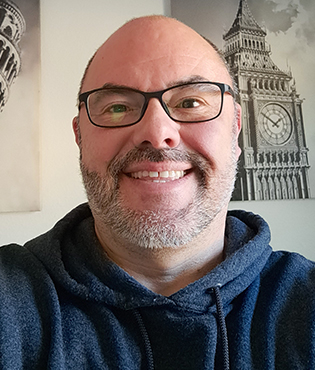 He also believes his own story of survival could offer members strength and encouragement as he helps them manage their health conditions and illnesses. In March 2020, as threat of COVID-19 infections kept Americans quarantined at home, Catone waited in a Dallas-area hospital for a heart transplant, which he received weeks later.

He shares his story because he knows it gives other people hope. The hospital recorded a video testimonial of Catone and his wife, which it plays on a TV screen.

“A patient at the hospital recognized me from the video and told me that they watch it all the time,” Catone says. “Nurses have to have empathy, but this experience has given me a different perspective.”

While successful, Catone’s transplant required him to reinvent his nursing career, which started in the early 1990s after he trained as a U.S. Army combat life saver during his Operation Desert Storm deployment. Anti-rejection medications suppress his immune system and increase his infection risk, preventing Catone from performing the direct patient care he was used to providing.

He joined BCBSOK after a fellow church member and clinical operations director for the company suggested Catone apply for a position that would allow him to make use of his nursing skills and work from home.

“If I can do something for other people, I’ll definitely try,” Catone says. “I still love helping people.”

Raised in a family of health care professionals, Rachel Wolfe believes she grew up with a caregiving mindset. 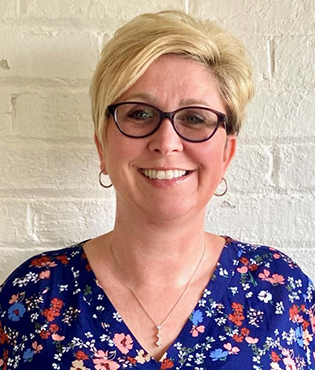 “I’m a helper by nature,” she says. “I always want to be a voice for the underdog.”

After years of working at a family practice clinic and home health, Wolfe joined BCBSOK in 2013. As a medical review unit nurse, she enjoys the challenge of resolving complex situations and advocating for members.

“Nursing is such a wide field,” Wolfe says. “There are so many different things nurses can do and so many directions they can go.”

She credits her clinical experience with the ability to assess cases, work within processes and find ways to do what’s best for members and providers.

“There’s a real-life person behind those case reviews,” Wolfe says. “I think that’s the most rewarding part of my job — I’m really affecting people’s lives. I’m still providing the same care, compassion and advocacy as I did in my clinical roles.”

Routine Vaccinations Are Important, Too — And Many People Are Behind